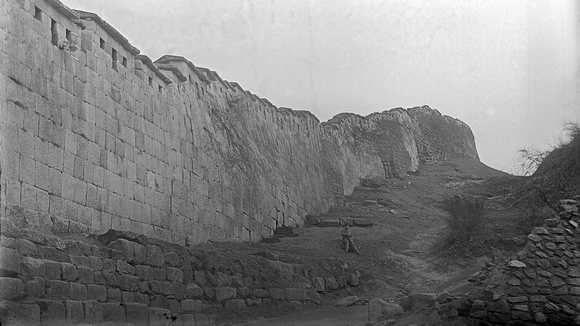 The Wall of Seoul dates back to the 14th century when a system of walls and gates was constructed to defend the city from invaders. Very little of the fortress wall remains today having been destroyed by the Japanese during the Colonial period, the turmoil of Korea’s liberation in 1945, and by the Korean War.
Wood's March 29, 1884 entry states, "In the afternoon I went with Mr. Mattice on a photographic trip to the South Gate, where I formed a figure in two instantaneous photographs. In one, I am crossing out of the gate of Seoul, with the usual current which flows to and from the city, and, in the other, I am seated, with the wall as a background."
John Dowling
Powered by ZENFOLIO User Agreement
Cancel
Continue